10 Best Dressed Men in the Whitehouse: 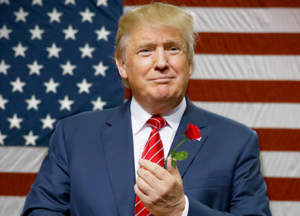 Donald Trump
President of the United States of America

It is all about Trump

The reason I am writing to you today is there seems to be a loss of perspective when it comes to Donald Trump, the newest President of the United States of America. Yes, he does have a bold, brash, and sometimes caustic way of dealing with things. This tends to polarize people to be for or against him. What I am offering to you today is to look at things from a different perspective. The lesson here is, “things are not always what they seem”. In the end. It is still up to you to decide what you believe is right for you.

People often forget in the past, the United States of America has had plenty of controversial leaders. However, today, we are more connected than ever before.  This lends availability to antagonists to be heard when they would never have been heard in the past. News no longer takes days. It is immediate and caustic. Rebuttals, Protests, and angry people paint the picture of dire consequences through Social Media and the Internet.

There have been many controversial decisions made by previous leaders. Many of their decisions, considered unwise at that time, have long since been forgotten, and overshadowed by current decisions today. Even John F Kennedy made controversial decisions while he was in office; even taking the United States to the brink of war. Any future debate of those decisions were quickly stamped out upon his assassination.  When the next president takes office after Donald Trump, likewise, that person will fall under scrutiny of their controversial decisions in the future. It should really come as no surprise to find that many people are disagreeing with many of Trump’s decisions.

There is no “perfect leader”…

The following quote was created by the poet, John Lydgate, and was repeated by none other than President Abraham Lincoln

During the election campaign, Donald Trump told everyone as clear as could be said, that if he was to be elected President, he would shake things up in a very big way. He had no doubt that he would be upsetting many people along the way. Everyone was listening intently; everyone heard him. Why are many of those same supporting people crying foul, kicking and screaming, like they have been betrayed? He is acting on the issues he stated he would be taking action upon. If, after reaching office, he sat there and did nothing, what would everyone be saying then? Actually, they would be saying almost the same thing, just for different reasons.

Time Flies when you are having fun…

If we were talking about decisions made in a city, or even a whole state, the repercussions of any decision would be felt in a measurable amount of time.  We are talking about a country that has a global reach. The changes that are made today will continue to change things 20 or more years down the road. At that time, we will be able to look back to determine what happened following those changes over time. Perhaps then we will be able to gage the results of the presidency more accurately than simply resisting change. It will also be obvious that 20 years of time has passed. To some, it will seem like yesterday – just lacking the details. People often forget the details.

Perhaps leaders of other countries are not being as judgmental as many people would like them to be. Many are taking the wait and see position, without so much as a whimper. Could that be because they too must make unpopular and controversial decisions that affect others in adverse ways? If the population of a country enjoys the surety that comes with a government that makes decisions, then the majority of the population must follow suit – or disruption and anarchy follows.

How will the Controversial Changes Affect People?

For some, it will affect them right away. For some, it will take them a long time to feel the affect. Most likely, it will affect each of us in various ways. What actions do people take in times of change? The people we will most likely take notice of are people that are angry. These are the people that will make themselves most visible in actions; like protests or violence. There will also be special interests groups that feel their investments in government directions have been thwarted in a negative way. We often find them supporting the angry people and mobs  from behind the scenes. They are the faceless, nameless people behind many of the antagonistic actions taking place. Most people are not aware that they exist. It is a surprise for many people when they find out there are truly people and organizations that covertly cash up clandestine groups; the things movies are made from.

Other than the angry people, others will support the efforts because they understand that change is needed – a good thing. Stagnation eventually will kill a country, if it is left to fester. And still other people will be fence-sitters. They don’t involve themselves and go with the flow. Both of these groups of people will be somewhat invisible because their agendas are not about being visible. Think about it. Protests in ‘support’ of something are never seen. Perhaps there will be a parade, a celebration, or even a holiday based upon the changes we see happening today.

When people observe how life was 50 or 100 years ago, they start to understand just how good they have had it recently. Medical examples are some of the easiest ways to see this. In the past  people easily died from a scratch or an insect bite. Even a splinter, left untreated could cost you your life. Many maladies and afflictions went untreated simply from lack of funds or medicines that did more damage than cure. Our world has become infinitely more comfortable since then. Yes, there are still plenty of places on this planet that still have appalling medical treatment, even worse than 100 years ago. Interestingly, those people are likely to be affected the least from changes made in governments. Perhaps things are not quite as bad as it seems.

The best thing people can do is to be introspective. Use this time to review what is truly important. if things are thought out in advance, it is easier when people must consolidate.

Gain perspective for the future. To gain your own insights, Click Here.

As for President Donald Trump, you can bet that tomorrow he will still be the same Donald Trump. He most likely has some perspective of the Universal balance and how this affects the Global Law of Attraction, but he is not likely to admit it. As a leader, you need less real friends and find you will accumulate many acquaintances. True leaders must be comfortable standing alone, as they are often forced to when put to the test. Whether you agree with him or disagree with him is your opinion. He does demonstrate he is up to the challenge.