the Truth is Out There… 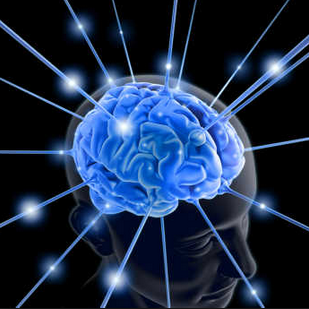 What exactly is the “photographic memory”?

The elusive photographic memory; ever experienced it? Chances are you may have come across it in grandiose Hollywood films and television shows. Furthermore, the photographic memory is expressed in such a way that it seems both superhuman and abnormal!

The apex of the photographic memory experience has been portrayed accurately by characters such as:

You know, writers may be writing for fiction but they are heavily influenced by real life events that shape their work. They also have the power to release material that is inaccurate; only to be aired. Not only is the photographic memory, itself, is one of those real life events its also one of those inaccuracies that writers write about!

Believe it or not….The phenomenon that looks to good to be true…is indeed true. Even worst, the name ‘photographic’ itself is wrong. At best, it’s inaccurate, and at worst it is deceptive.

The actual, technical and medical term for it is…the Eidetic Memory.

Despite two different names, if there is a correct term for this real and amazing memory then why on earth is it expressed wrong?

The answer lies with people’s personal experiences with visual learning, i.e. seeing and absorbing information via their eyes. Considering that permanent and verbatim recall of information is a classic function of eidetic memory, the ‘photographic’ metaphor was created as to identify with that type of flawless recall and the name stuck.

In both real and scientific terms, the eidetic memory does not rely upon visual input but uses the remaining senses of the human body as well.

Therefore the term ‘photographic’ is used interchangeably but loosely.

The typical view in mainstream science is that it does not exist at all and it is a myth. Take for example, Joshua Foer’s article in the magazine, Slate, he promotes the myth theory by downplaying past examples of people but without citing any evidence that that perpetuates his views. (slate.com/articles/health_and_science/science/2006/04/kaavya_syndrome.2.html)

One of those is exceptional people is Stephen Wiltshire, an autistic artist  with a vivid photographic memory, that accurately draws stunning city landscapes purely from memory alone. The accuracy in his illustrations is flawless he has been awarded an MBE for his works. (dailymail.co.uk/news/article-1223790/Autistic-artist-draws-18ft-picture-New-York-skyline-memory.html)

Such feats do not lie only with Autism. Recently, an ordinary policeman featured on the news used his ‘photographic’ memory to identify and capture hundreds of criminals over the last five years purely from memorizing them from faces on wanted posters. (huffingtonpost.com/2013/06/29/andy-pope-photographic-memory-pcso_n_3519213.html)

Many stories like those above provide a basis that the eidetic memory does indeed exist, contradicting many of the standard scientific views.

Psychologists wrestle with this subject in the laboratory and have established the existence of Eidetic Imagery (EI), in which they conclude that some people, mainly children, have this ability. The after-image of something they have seen is embedded, or retained, with vivid detail like an image in their minds. (theguardian.com/lifeandstyle/2012/jan/14/truth-about-memories-jarrett)

You have this power too

Everybody of all ages and abilities has access to this extraordinary memory. Perhaps it is not as rare as you, or I, have been led to believe.

Let me briefly tell you a story that occurred about a month ago. A customer came in to my work and I was talking about the photographic memory. She overheard me and commented about recall ability and reading speed of her daughter-in-law and how she “completes degree after degree!” I was astonished!

Most people would say “Well that’s OK for her. But I can’t do it, it is impossible!” The good news is we all have this ability and therefore we can all tap into it and use its unlimited resources. Now that is great!

Unfortunately, when we all started school from age 5 we were programmed out of using this ability and were taught the rote-memory system of learning which uses reading as its vehicle.

Reading uses a short-term memory system and we quickly forget almost everything that we were taught and had to learn by repeatedly revising or ‘cramming’ to absorb it all. Not good… It is a huge waste of time.

But don’t worry, there is a long-term memory system out now that can reconnect you to those eidetic abilities that you lost as a child along with allows you to absorb extreme amounts of information at lightning quick speeds!

The method is called Mental Photography, also known as ZOXing. It has been around for over 35 years, and has helped thousands of people tap into their innate, photographic memory and become eidetickers again as well as ZOXers!

Years of independent scientific research; supports the existence of your eidetic memory and proves that anyone can learn at astounding speeds accompanied with a memory that can recall and retain all needed information at will, just like those Hollywood characters I mentioned earlier!