Columbus Day – A Day of Discovery

…plus a Free Brain Management Lesson

Have you ever thought, “I wish I had all the information…” before solving a problem?

In the 1400s, it was a very different world than what we live in today. Filth, rats, and disease were considered normal. So it is not surprising that some of the facts about Christopher Columbus may shock you…

Did you know Christopher Columbus was a pirate and slave trader, and was taken back to Spain in chains? Discover this and more. Facts build Truth. 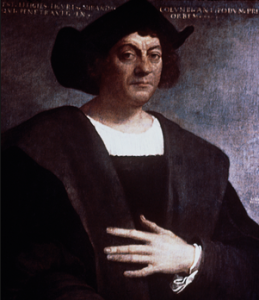 (There are other shocking facts too, but I stopped at 10.)

2. The first sight of land was on October 12, 1492. This island in the Bahamas (Caribbean) was named Rodrigo de Triana. It is now called San Salvador.

3. Before getting his commission and setting off to discover the trade route, Christopher Columbus was a PIRATE and made a living attacking other ships.

4. Christopher Columbus became a SLAVE TRADER.  He pioneered the American Slave Trade. Excerpts from Columbus’ logbook note that the natives “…would make fine servants. With 50 men we could subjugate them and make them do whatever we want.” He later wrote, “Let us in the name of the Holy Trinity go on sending all the slaves that can be sold.”

5. Columbus destroyed the native population of Haiti (the Taino Indians); mainly through contagious diseases; but also forced gold taxation leading to torture, murder, suicides and the like. He then began shipping African slaves to the island, which has had consequences reaching into modern day.

6. The birth name of Christopher Columbus was Cristoforo Colombo. He was born in Italy.

7. The crew of the first voyage consisted of 24 men for the Nina, 26 for the Pinta, and 40 for the Santa Maria. There were NO WOMEN allowed.

8. The name of Columbus’ ship “Pinta”, is Spanish for “Prostitute”.

9. Half of Columbus’ voyages ended in disaster. On his first voyage (1492), his fully outfitted flagship, the Santa Maria, ran aground and sank. On his fourth trip, his ship rotted away and he spent a year with his men marooned on Jamaica.

10. Christopher Columbus has been viewed as an intrepid explorer, a monster, and a slave trader; who unleashed horrors and conquest upon unsuspecting natives. He was the first in a long line of many in the continued conquest of the Americas. However, scholars note #Columbus had both admirable qualities and negative ones: even though it appears he was brave, Columbus is also seen as a very flawed human being.

In Columbus’ day, things were looked at differently. He was probably seen as a hero, and in some ways a good business man. Even to this day, some of his achievements are still celebrated in his name. But over time, the facts about him and his achievements have been blurred and forgotten by the masses. Does it make Columbus any less of a man? That is for you to decide.

Don’t take information for granted. There are hidden facts underneath the truth. #Discover the facts. Good decisions are important to your quality of life. If you make your decisions based upon the masses, you get mediocre results. If you have poor information, you will make poor choices. If you approach problems with wisdom gained from the facts, your decisions will have the best results.

With all the decisions you must make daily, it is difficult to glean all the information you need, if you rely on reading and speed reading. The speed at which you absorb the information is relatively slow. You experience a bottleneck. You know you can get information much faster, but your technique is holding you back. But there is something in your brain that makes it 100 times more difficult — your short term memory.

The processing to handle short term memory is done by the hippocampus. In short, the job of the #Hippocampus is to FORGET; not to remember. Your hippocampus chooses what bits are important (only 5%) and forgets the rest. This is why most people claim, “I forgot what I just read.” And only the 5% is what makes it into your long term memory.

Teachers in the educational system give you a heap of remedies to increase your long term memory of the information you gather. But, all of them consume time. Time is the one thing you cannot get back or replace. It is gone. You need a system that that outperforms the learning system you are taught in school; to STOP forgetting the information you must remember.

Plug into Your Matrix…

Until “plugging in” to get your information downloaded, like in the movie, “The Matrix” becomes commonplace, you need a system utilizing your photographic memory, that uses your brain in the same fashion; but without all of the gimmicks.

You can set your brain in motion in incredible ways to get fantastic results. This is done through a series of brain building exercises. The ordinary exercises like Sudoku, crossword puzzles, and such are not enough to overcome the stress threshold you need for neuroplasticity to occur; or the point at which your brain automatically triggers growth of more neurons and synapse. That is where Mental Photography (ZOXing) comes in. It provides the stimulus needed to move you above and beyond the growth threshold of #Neuroplasticity.

To make your best decisions, you need A-Grade Quality Information.

To get A-Grade quality information fast, you must be using your #PhotographicMemory through your subconscious.

To gain the best results with your memory and all-round brain function, you must use brain exercises that are capable of triggering neuroplasticity to occur.

Or you can continue to lead a mediocre life using mediocre information to make your mediocre decisions. It takes no effort. Just continue to do things the old-fashioned way you were taught by your teachers at school.

The Day of Discovery

You owe it to yourself to get the best possible tools to make the best decisions in your life along the way.

Discover yourself! (...and have a nice Columbus Day)