That Which Does Not Kill You Makes You Stronger

The 3 Most Important Seconds of My Life 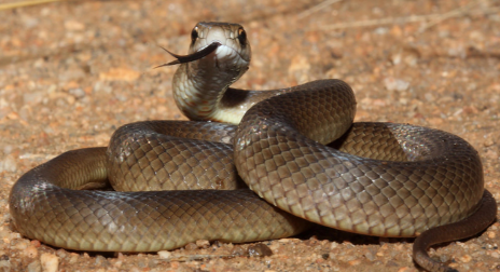 PEOPLE have events that shape their path in life. Some events solidify the path they are on, some events change their direction in life forever, and some of these events end life. I have had several significant events in my life that have led me to the specific path that I am on. Early in my life I started noticing these things. I also came to understand that these events were to help me become the person that would be meeting higher and higher challenges. This article is about one of those events.

“That Which Does Not Kill You Makes You Stronger”

A Millimeter Away From Death

As you know, I live in Australia. I enjoy the landscape, the plants, and the wildlife. The diversity of wildlife is an interesting mix. Everywhere I look, I see pretty and colorful birds, like various cockatoos, rosellas, galas, fairy wrens, honey eaters, finches, swallows, magpies, choughs, and many more. Some mornings I wake up to find 300 – 400 sulfur-crested cockatoos in the paddock. In American terms, a fortune on the wing!

I also see many marsupials, such as kangaroos, wallabies, echidnas, and others. The wallabies can be a little tame to the point that you can at least have a good look before they move on. Some people have made them so tame they will eat out of your hand. The echidnas are a little slow, but they sure can dig in fast. Don’t ever try to get one out of the ground after they dig in. It is their instinct to shiver their spikes when they are touched – ouch! At least they cannot throw their spines like the quills of the North American porcupine.

The insects here can be a bit of a mixed bag. The dragon flies are most impressive. They are quite large with striking metallic color. They can eat a huge number of mosquitoes each day. It is not a good idea to grab one, as they can easily take a small bite out of your finger. So, when you find that you have a large amount of dragonflies, you also have a large number of mozzies. “Mozzie” is a shortened name that is used across Australia for any mosquito.

My observations and research have proven useful to me. I have determined that one of the mosquitoes we have is the Asian Tiger Mosquito. That news is NOT good news. The Asian Tiger Mosquito is a carrier of several types of encephalitis type diseases, including Ross River Fever and Dengue Fever. Most people do not realize the mosquito is the leading cause of death around the world. Since it must have a blood feed twice, it is easy for it to transmit diseases.

Of course Australia is world renowned for its flies. They are in interesting lot, which includes sand flies and midges. Don’t even think that a screen on your window will keep them out. Ha, they just walk straight through the holes. Our sand flies leave a little extra punch when they bite you; a caustic that creates a blister. But don’t scratch it. If you do, you will spread the caustic and you will have even a bigger problem. It will also leave a pock for ~6 months while it heals. I created a few tricks of my own making to combat these – a hand-held ionization device made from a gas barbeque igniter. It ionizes the caustic poison.

Spiders and scorpions are also commonplace. Where I live, the climate gets a little too cold for the Sydney Funnelweb Spider. Well, that’s a blessing. But we still have plenty of others you got to keep a watchful eye for.

Yes, I am starting to make this sound like one of the documentaries about the Australian wildlife straight out of America. I guess I was a little saturated with the American way of looking at it before I came here to live. Australia is still an arid hostile environment in most areas. So, nature has equipped its natural inhabitants with some world-class killing tools to survive, you can kill yourself in 5 minutes.

The Fierce Snake, or Inland Tiapan (Oxyuranus microlepidotus ), has a venom so toxic it could kill 100 men in a single bite. Luckily, this snake is not around where I live. But, there are plenty of Eastern Brown Snakes (Pseudonaja textilis ) where I live. They have the second most toxic venom in the world. It is estimated that only 2 mg of venom is enough to kill a person. Eastern Brown Snakes are very fast moving and highly aggressive. We do occasionally see them. Most of the times you see them is on the road, after they have been run over by a car.

Now, the reason I brought up about the top 2 deadliest snakes in the entire world will become apparent soon.

Some people wonder if I practice what I teach others about. I do. I would first like to bring your attention to the first article listed above. During the article on dealing with fear, I talk about what information can do for you.

Here is a lesson in basic humanity. (Of course, there will always be someone that will argue the case that it isn’t so, so I will allow for that and say ‘most’.) The amount of specific good information you have on any topic dissipates your amount of fear towards that topic. Therefore, it is relevant to say the LACK of information INCREASES fear. I guess a good argument against this would be about banking. The more true information that you know about banking would send some people out of control into a pit of despair. So, I have done the naysayers out there the benefit of giving them the example forthright.

Face to Face With Death

What I am about to tell you about is my own recent experience when faced with something that could result in a very quick ad painful death. Yes, I had an encounter with an Eastern Brown Snake. And to answer your other question; no, I am not a snake handler. When I come in contact with things like snakes, it is an occasional occurrence, much like it would be for most of you. You are more likely to see a live poisonous snake at your zoo, behind glass. So, remember, I don’t deal with this type of encounter very often.

I often talk about the things you can do to increase your mental abilities and your mind power. I have worked with these methods, the same methods I teach, for many years. When I am thrown into a critical circumstance, my decision making becomes lightning fast at analyzing the event and coming to the conclusion of what I should do in less time it would take to blink – virtually instantaneous. Even better is that I have ample specific information to act from. This all happened so fast, that there was no sense of “thinking about it” happening – just action.

The “action” was: for me to not do anything at all. (Yes, there is action in non-action because it is based upon a decision – consciously of subconsciously.) Therefore, I had no fear response that would have sent fear based pheromones into the air the snake would have sensed. There was only stillness. To me, it was if time had stopped, without any stress. As the snake escaped, I felt the cool belly scales as he slid over my sandaled foot without as much as a second look. He was happy to move on to pick his battles elsewhere – with mice. I too, was happy with the results of the encounter. This entire encounter lasted about 3 seconds.

Those 3 seconds could have changed everything in my life-path. Instead, it turned into an observation I could share with you. Some people may say, “My life passed before my eyes.” No, it didn’t. Just for that instant, it was just me and the snake. Maybe I will just make a joke about it and say, “I would have tasted awful to the snake, so he chose otherwise.”

Don’t panic – Use your head.

Be aware – Don’t wear sandals when you should be wearing appropriate shoes for the setting.

Think! – Arm yourself with appropriate information for your setting or endeavor.

Granted you cannot anticipate everything. But, superior decisions can be made with superior information at hand.

My Advice to Everyone

LEARN as much as you can every day. If you have not learned 1 thing each day, then you are not in the world of the living.

Increase your Mind Power – Do whatever you can to increase the adaptability of your brain. Your brain is capable of processing around 200 million of bits of information every second of every day. The more you exercise your brain, the more access you gain. Crossword puzzles are only so effective at brain building. At some point, they are really only good for maintaining a certain level. You need more – MUCH more stimulus if you are going to make a difference.

Discipline yourself – A BIG issue with many of my clients is starting then stopping the training. Whenever you stop before reaching your goals, your conscious mind thinks that you have failed, even when you haven’t. Commitment and Consistency are paramount to your success at anything. Some of my clients have repeated that same start and stop with OTHER trainings from OTHER organizations they took in the past. I don’t want them to repeat the same mistake with my training.

Set Goals for Yourself – If you have small goals, you will have little successes. Some people will do better if they start with something a little less intimidating; like meditation training. If you find that the ideas of what I teach are too overwhelming, then you should probably start with something a little less aggressive, like meditation. Everyone has heard of it and knows what it is about. At least this way you will be finding out more about yourself and how your mind really works. My point is DO SOMETHING. You owe it to your eternal self.